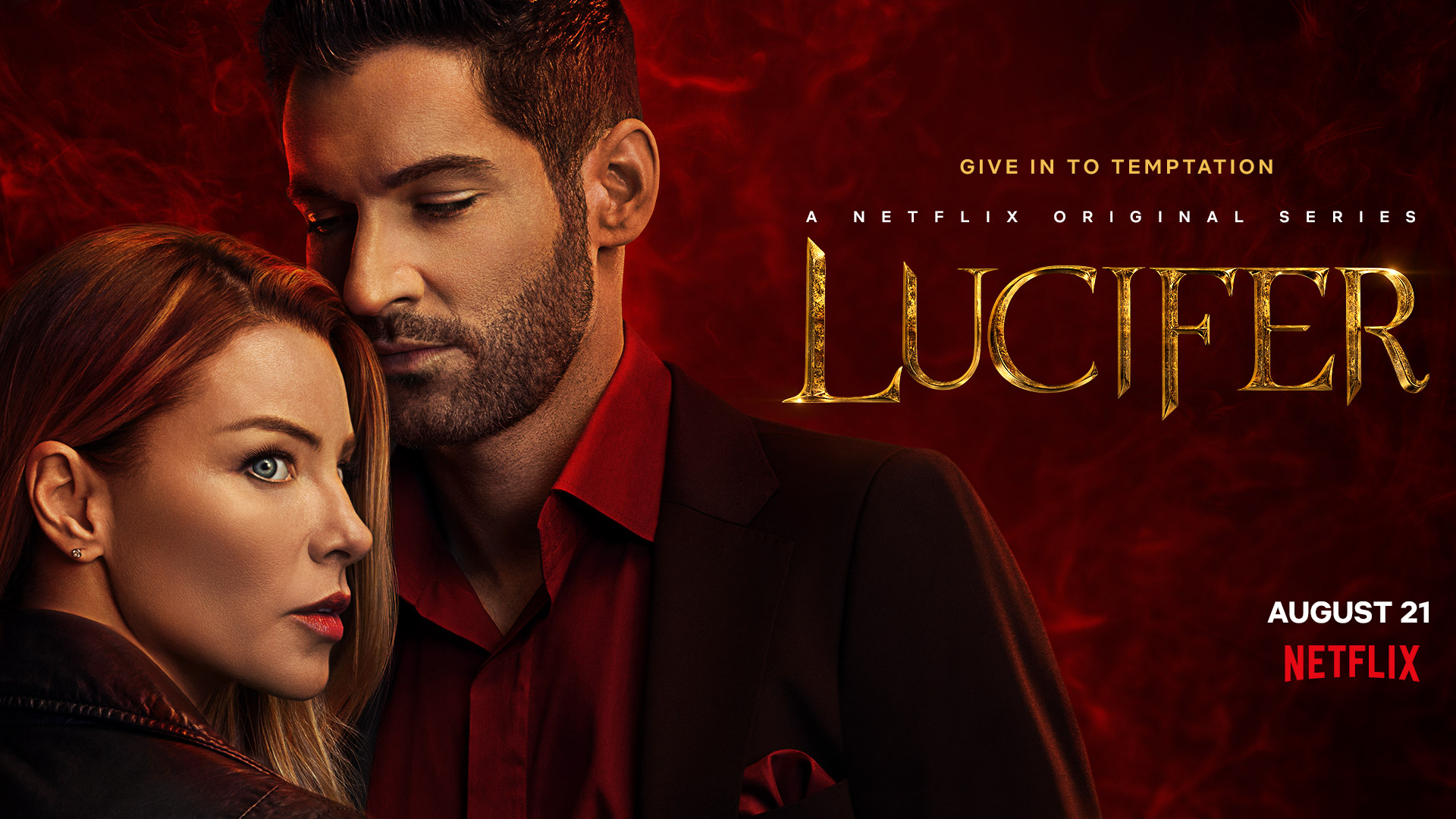 Lucifer season 5 premiere is very close! There’re barely two days left for everyone to enjoy this wonderful season and after opening your mouth with some teasers, spoilers without context and reactions to scenes from the episodes, now is time to do a spoiler-free review of what awaits you this season. Let’s discuss everything!

This first part of the season borders on perfection. That’s a lot to say, especially when it comes to TV, but it’s the truth. It’s the best season of the whole show (and we’ve only got half of it). I have to admit that I was afraid. Yes, I was scared about how they were going to face some of the plots raised this season (Michael, I’m looking at you) but they have surprised me in the best way. It’s nothing like I expected but, at the same time, it’s everything I could dream of. Does that make any sense at all?

At the same time, the plot has been able to give twists and turns when necessary. It keeps us glued to the screen and surprises us. I mean, the writers are really smarter than us here. The season also brings back that lost humor we missed so much and it really feels like a breakthrough, like a step forward along the way.

It’s clear to me that when they wrote this season they thought it was the last and, therefore, all the plots are preparing to close and meet at some point along the way but nothing feels forced or rushed, on the contrary, everything makes so much sense that it doesn’t you will be able to stop watching this season over and over again in a loop.

I titled this review as “a love letter to the fans» and really the season is just that.  Everything we expected, everything we wanted to see but in a better way than we imagined. However, we go in parts.

Let’s be honest, you all want to know what happens with this couple and that is why it’s first on our list. It had to be. While I can’t tell you much (you know, no spoilers stuff) I can tell you something: it’s the best #Deckerstar season so far.

It really feels like a breakthrough, a step forward. The road isn’t finished, believe me, they still have a long way to go, but I felt that they really moved out of their comfort zone and began to explore different things with this couple.

In previous seasons the question with them was «will them happen or not?» They were stuck in that dilemma, circling the same question but not finishing answering it.  This season will finally give an answer to that question and that will make the dynamic between them different from what we have seen so far, taking a step forward on the path they began to travel in the pilot.

I fell in love with each of their scenes, unexpected things await you with them, maybe you will suffer, cry and scream but I promise you that you’ll love every step of the way and, in the end, all those tears will turn into something different because nothing worthwhile ever comes easy.

This show is characterized because all the characters grow each season.  Sometimes that growth is painful, even dark and arduous, but it all ends up making sense in the end. Everything leads to that inner growth that moves them forward.

We see much more of that in season 5. The characters will grow even more. They‘ll make you laugh, cry, suffer, scream…but you will love them because they’re…so human. It doesn’t matter if they’re angels or demons or just ordinary humans, they all learn some valuable lessons along the way.

We see Lucifer (and Tom Ellis) shine because this character grows a little bit more and continues to learn how to be, well, human, but we also see Chloe grow. With her, they explore many feelings, many emotions and many reactions that we longed to see in her. Maze (whose story will surprise and move you), Linda, Ella and Amenadiel are not far behind.

I particularly liked the stories of Amenadiel and Maze. I love him more this season than I have in five years and I understand her so much more. However, my favorite characters this season are Lucifer (it’s Tom Ellis, he has to be first) and Chloe. I love them above all things.

And you’re going to feel so proud. So so proud of where all these characters and their history have come from. There may be some decisions that the characters make that you disagree with, that even make you angry or mad but each and every one of them is understandable. This is the great thing when such human characters are created, you can disagree with them but, at the same time, know that, at some point in their reasoning, they’re right and, with that, understand why they do what they do, even if you don’t share it at all.

Are you not fascinated by writers who really remember their own work? Well, Lucifer writers are exactly like that. This entire season is full of little nods to the past, to the show’s own history. Even in the dialogues you can feel, you can breathe, the growth of all the characters, the emotional development they had. The writers remember every detail with the precision of the best fans and show it to us without fear.

And the basis, the very development of the plots is so well thought out. It’s so good.  Although at first glance you may not realize it, each episode gives us a piece of the puzzle to put together the ending and each episode lays the foundation for what each character says or does. They will give you many answers and each and every one of them will make perfect sense but, at the same time, they will be totally unexpected. And you will like the explanations of the show much more than the ones you imagined.

The plot that connects the season always sets a goal that lies ahead, what happens always leads you towards something. All the characters step forward and step out of their comfort zone. They all end the season in a completely different way from how they started it and take new paths.

If you expected this to end here, it doesn’t. Throughout the season you will find some surprises that you still don’t know anything about or have a clue. And it will be unexpected but you will love it because that will lead to all kinds of consequences and, mainly, it will lead you to know the characters more deeply and, perhaps, to understand them much more…or to realize that you didn’t really know them.

This season is written by and for fans. It’s like the plot of our dreams captured on the screen. We have this connection between the characters, this strength in the scenes, this development and emotional connection, this harmony in each plot, in all the actors who give their best (seriously, they speak with their gaze and expression),  that well-woven plot that always guides you towards what is ahead (even what you thought was going nowhere), that brilliance in the dialogues…we have magic. Simple and pure magic. It’s simply something that you feel. You can’t explain it but it just…it’s there. And it’s perfect.

This’s the best season ever and it shows, it shows in every second the love for the series from the producers, scriptwriters and actors. You can see that they wanted to make a product not only of quality, but something that the fans would not forget, that they could not stop seeing and that they would smile when they remember it. And they got it.

Enjoy this wonderful road #Lucifans! I’ll wait for you on Friday to comment on everything.

Lucifer will be available on Friday, August 21 on Netflix.

Latest posts by Raquel (see all)